The Constitution (Eighty-sixth Amendment) Act, 2002 inserted Article 21-A in the Constitution of India to provide free and compulsory education of all children in the age group of six to fourteen years as a Fundamental Right in such a manner as the State may, by law, determine. The Right of Children to Free and Compulsory Education (RTE) Act, 2009, which represents the consequential legislation envisaged under Article 21-A, means that every child has a right to full time elementary education of satisfactory and equitable quality in a formal school which satisfies certain essential norms and standards.

Article 21-A and the RTE Act came into effect on 1 April 2010. The title of the RTE Act incorporates the words ‘free and compulsory’. ‘Free education’ means that no child, other than a child who has been admitted by his or her parents to a school which is not supported by the appropriate Government, shall be liable to pay any kind of fee or charges or expenses which may prevent him or her from pursuing and completing elementary education. ‘Compulsory education’ casts an obligation on the appropriate Government and local authorities to provide and ensure admission, attendance and completion of elementary education by all children in the 6-14 age group. With this, India has moved forward to a rights based framework that casts a legal obligation on the Central and State Governments to implement this fundamental child right as enshrined in the Article 21A of the Constitution, in accordance with the provisions of the RTE Act.

RTE Act and State of Assam

The Right to Education (RTE) Act has become reality in Assam on July, 7, 2011 with the state Cabinet approving the Rules needed for implementing the Act. With this, Assam became the 19th state in the country to implement the RTE Act of 2009.The act is comprised in State RTE Rules, July, 2011.The State specific norms in compliance to RTE Act,2009 is detailed in the rules.

The Department of Elementary Education, State Council for Educational Research and Training and Axom Sarva Siksha Abhiyan Mission are the three main vehicles in implementing the various provision of the Act in the State. The detail of provisions which are notified and complied in the State are detailed as follows 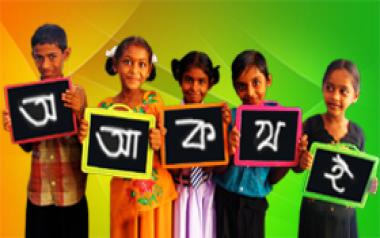